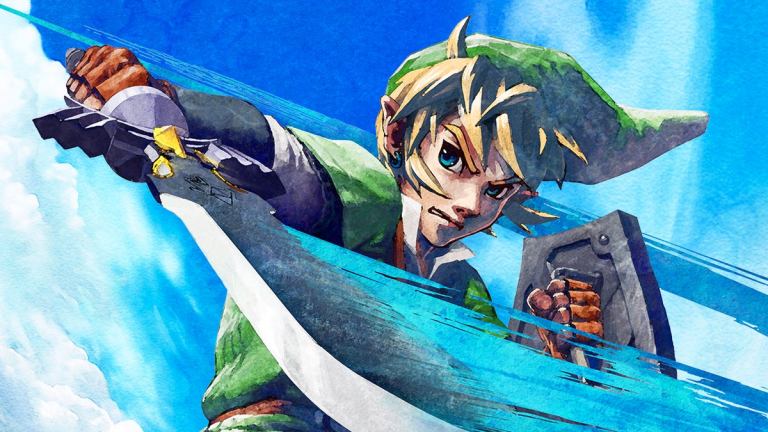 Hey guys! For this week’s quote, I’ll be doing another Legend of Zelda quote to celebrate the release of Legend of Zelda: Skyward Sword HD! I was so excited to get my hands on this game, and I really love what they’ve done with it! Although I did realize that it feels strange that games I played when I was little are now getting remastered/remade…I must be getting old… Oh, and I won’t be doing just one quote…I’ll be doing ten! But why ten? Skyward Sword first released in 2011, which is now a decade ago, so that’s why! Take a look! (MAJOR Spoiler Warning!)

“This news has just filled my heart with rainbows!” – Ghirahim

“May we meet again, in another life…” – Fi (saying goodbye to Link)

“While it’s true that I am Hylia reborn, I’m still my father’s daughter, and your friend. I’m still your Zelda… So I’m going to ask you a favor, sleepyhead. Ever since we were kids, I’d always been the one to wake you up when you slept in. But this time, when all of this is over, will you come wake me up?” – Zelda (putting herself to sleep in the crystal)

“Though this is not the end. My hate…never perishes. It is born anew in a cycle with no end! I will rise again. Those like you… Those who share the blood of the goddess and the spirit of the hero… They are eternally bound to this curse. An incarnation of my hatred shall ever follow your kind, dooming them to wander a blood-soaked sea of darkness for all time!” – Demise (predicting his reincarnation as Ganondorf)

“I lack sufficient data to be sure of my conclusion, but I believe this feeling correlates closest to what your people call…happiness.” – Fi (saying goodbye to Link)

“…I got a little carried away there, didn’t I? I don’t deal well with…complications to plans I’ve laid out so carefully. It’s a character flaw of mine.” – Ghirahim

“Before all this, I was happy just spending my days hanging around with you in Skyloft. I wanted that feeling to last forever.” – Zelda

And last but certainly not least…

“Master, the batteries in your remote are nearly depleted.” – Fi (regarding the Wii remote…breaking the fourth wall)

Few! That’s all of them! I know that Skyward Sword is definitely not a popular game, and I see an awful lot of hate for it, but honestly it goes into the vault of all-time greats I keep in my brain. I remember getting it after it came out for the first time and realizing I needed a Wii Motion to play it, then the agonizing wait for my birthday, which was the day I got one. You better believe I started playing it right away! And it quickly became one of my favorite games, and it still is ten years later!

What do you think about these quotes? Did you get Legend of Zelda: Skyward Sword HD? Let me know in the comments below! God bless y’all and have a wonderful week!

All media property of Nintendo