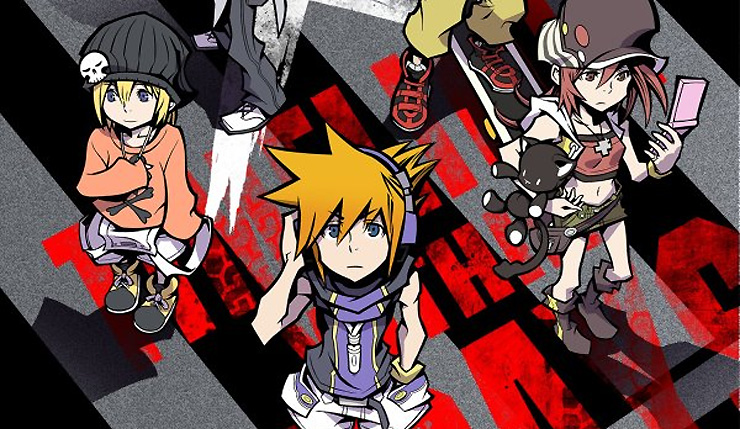 Hey guys! I’m finally doing another Life Lessons in Fiction post! If you don’t remember, this is a series I started awhile back where we take a look at some life lessons we can learn from media, and this time I’ll be using The World Ends With You! First of all, there has been some exciting news about this game! (And just a little side note…I had started writing this waaay back when this news was revealed, so this is old news now, haha!) Take a look at the video…

We are getting an anime! I am sooooo happy they decided to do this, and I can’t wait to watch it when it releases next year! It looks like it’s going to be awesome! I will bring more updates as they are released!

Now, onto what this post is really about! Also, MAJOR spoiler warnings follow, so read at your own risk! 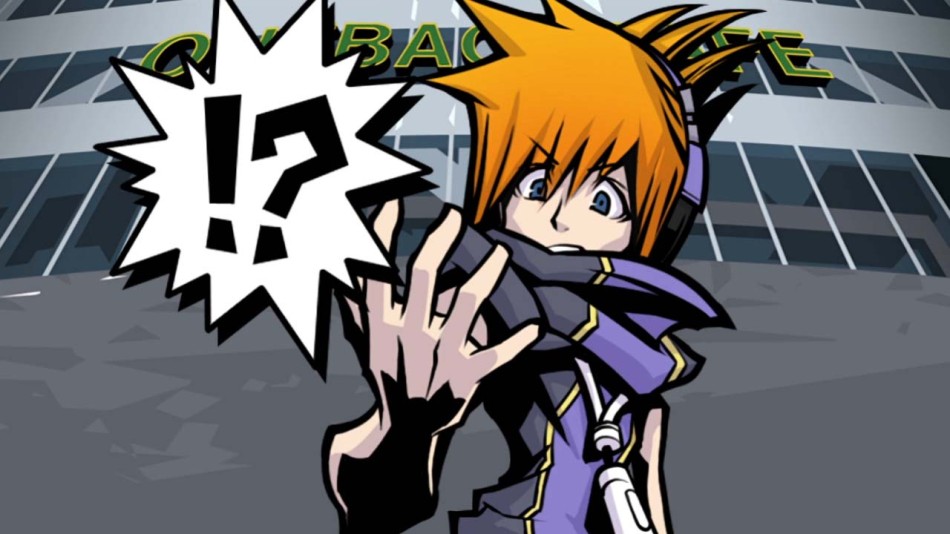 Neku doesn’t get people. He never has, and never will…or so he thinks. After Neku is killed, he finds himself stuck in the Reaper’s Games, which will give winners a second chance at life if they can survive for seven days. The entry fee is his memory, so he has no clue how he died. Much to his annoyance, you can’t play the game alone. You need a partner, or your as good as dead. Even worse for him, he can’t seem to get out of the game. Every time he wins, he ends up having to go through the seven days all over again. And each time, he meets a new partner. Shiki, Beat, Rhyme and the most interesting, Joshua. Joshua gets on Neku’s nerves a lot. But towards the end of his second week in the game, Neku begins to trust Joshua, and dare I say, look at him as a friend. In fact, Neku’s vow that he doesn’t need people is starting to change. He actually starts making friends!…And then Joshua ends up betrayng him and it is revealed that in the real world, Joshua was the one that killed him. What a perfect thing to find out after finally opening up to people! Perhaps everything Neku thought about people are all true…

Neku goes through the game a fourth time, and in the end, he comes out a winner, not only because he gets a second chance at life, but because he learned a valuable lesson. You can’t do life alone. Yes, there will be people who you think you can trust. There will be people who hurt you. There’ll always be those people. But that doesn’t mean you have to shut everyone out. Neku walks away from this game with three new friends, and I think it’s safe to say he never closes up to anyone ever again.

2. Don’t Spend Your Life Trying To Be Someone Else 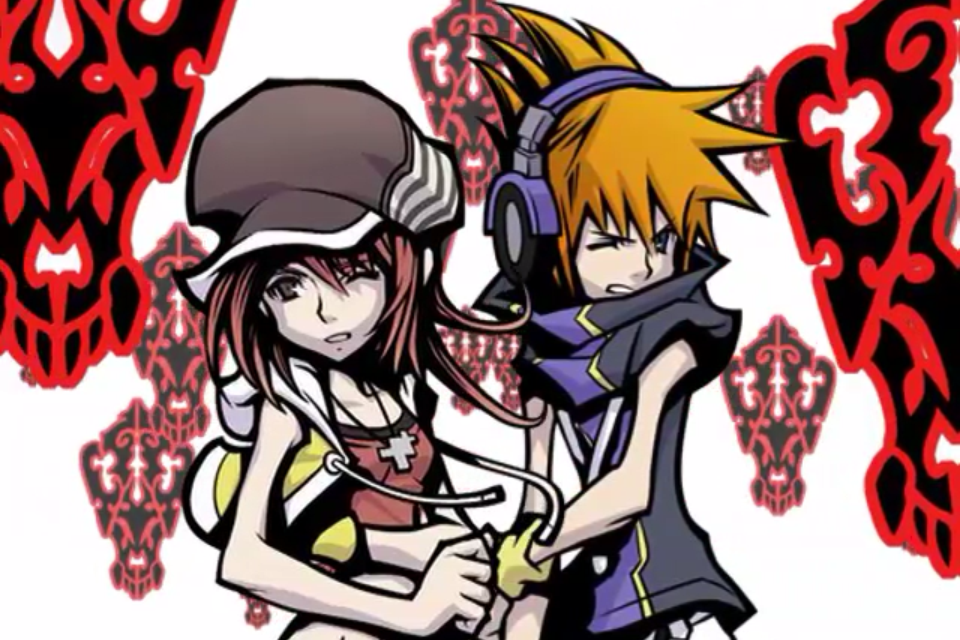 Shiki’s entry fee was an interesting one. The fee, which would have to be the most valuable thing to her, was her appearance. Somewhere in the game, Shiki reveals to Neku that her appearance isn’t really hers. The face of her best friend, Eri, had been stolen for the games. She goes on to explain that she envied her friend for how talented and beautiful she was, and she ended up going into a painful spiral of wishing she could be her. So when Shiki was killed in an accident and sent to the Reaper’s Games, she became her best friend. By the end of her seven days, she realizes that her original appearance is the one she really wants, and she is unique and special even if she isn’t as talented as her friend.

As someone who has struggled with some of the same things Shiki did, her story is something personal to me, and the lesson is something I often remind myself of.

3. Don’t Let People Look Down On You 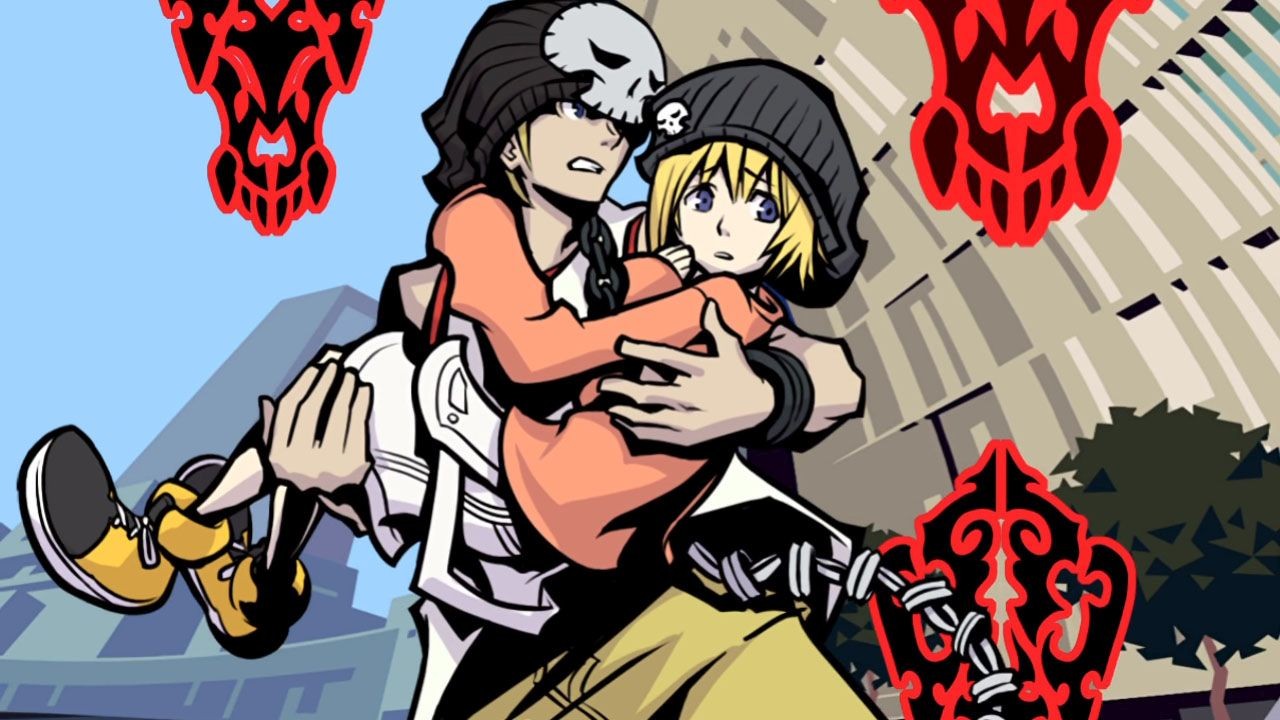 Siblings Daisukenojo and Raimu Bito, or Beat and Rhyme, were both killed when a car hit them. Beat’s entry fee was his sister’s memories of him, so he went through the game with Rhyme not knowing who he was. This was a very hard thing for him, because when they were alive, Rhyme was the only one who believed in him. While Rhyme was intelligent, kind, and always getting good grades, Beat was the opposite. Their parents were always asking Beat why he couldn’t be more like his sister. They completely casted him aside. But Rhyme always made sure that he was loved.

In the game Rhyme gets erased, leaving Beat to fend for himself, But what’s the point? If he wins, he’ll just go back to his parents, and Rhyme won’t be there to protect him from them. So instead, he decides to join the Reapers. After being told he’s worthless so many times, Beat begins to believe it. And with Rhyme gone, it only makes things worse.

However, in the end, The Composer of the games has mercy, and Rhyme is allowed to have a second chance at life, and Beat realizes something very important. He is by no means worthless. It doesn’t matter what people say. You are worthy, and you can accomplish big things! 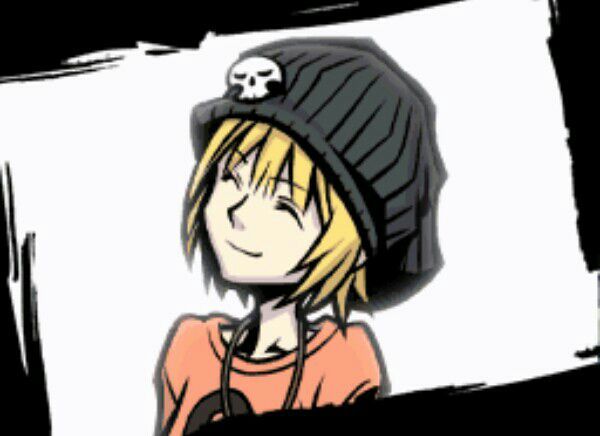 Rhyme, Beat’s little sister, died when she was hit by a car alongside her brother. I can’t remember for sure what her entry fee was, but I want to say it was her dreams. Rhyme was a valuable help to Neku, Shiki, and especially Beat. She was kind to everyone. In her life, she was the only one who truly believed in Beat and his abilites. When Beat ran away from home, Rhyme was the one to go after him, and this resulted in both of their deaths.

Rhyme is continously looking after Beat, even though she doesn’t remember that he’s her brother. She is kind to everyone, and certainly doesn’t want any of them to give up. She’s always looking on the bright side of things. She ends up sacrificing herself for her brother, but the Composer shows mercy by allowing her to live at the end of the game.

I often wonder why she was allowed to live. Was it because of her kindness to others? Neku was supposed to be taught a lesson of the importance of friendship; perhaps that had something to do with it? 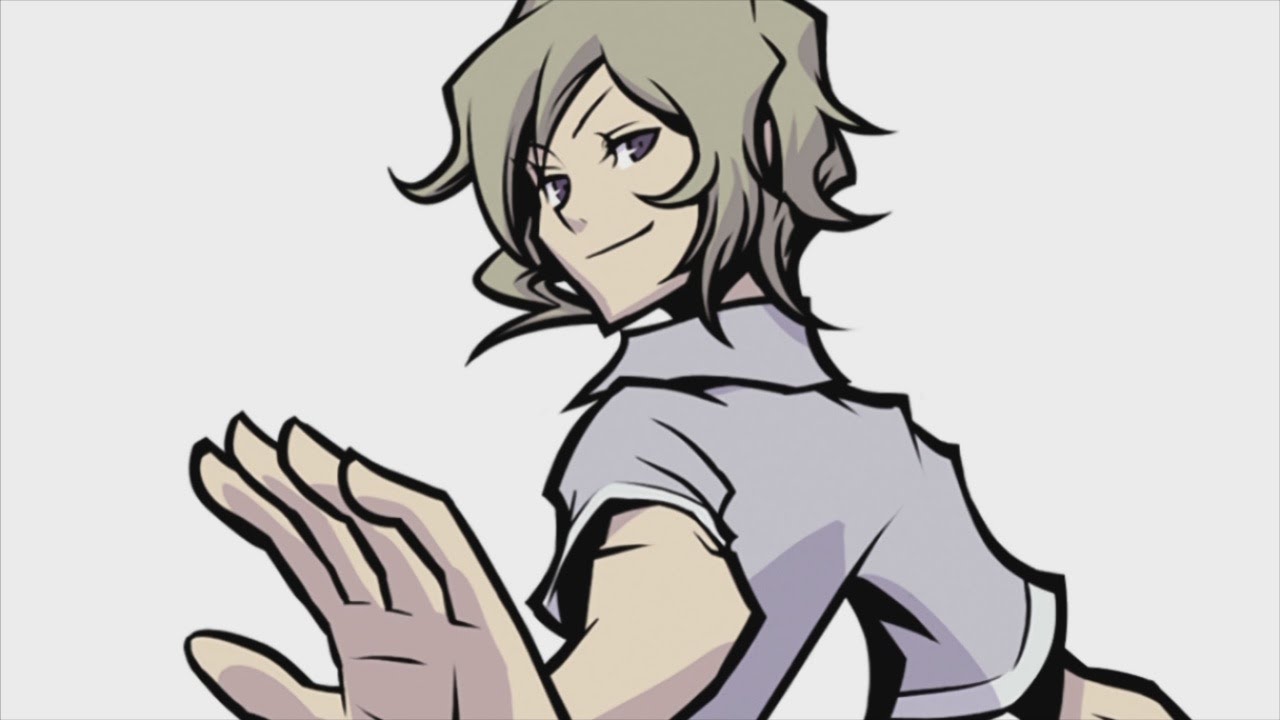 5. Don’t Let Your World Be Small

I’ve been thinking a lot about what lesson Joshua had to share, and while he revealed his crushing betrayal at the end, he does have one. Perhaps this is just in my eyes, but maybe you can see it too.

In the second week of the Games, Joshua becomes Neku’s partner. Neku is still not quite sure about making friends. There’s one qoute in this week that got me thinking…At the end of week two, Joshua tells Neku something very important.

“Give up on yourself and you give up on the world.”

But Joshua is telling him that there’s so much more to life. Neku can’t give up on his world. Not when he’s got so much to live for.

And you can’t either. Get out of your comfort zone. Try something new. Expand your world. It’s scary as heck, but it’ll be worth it! 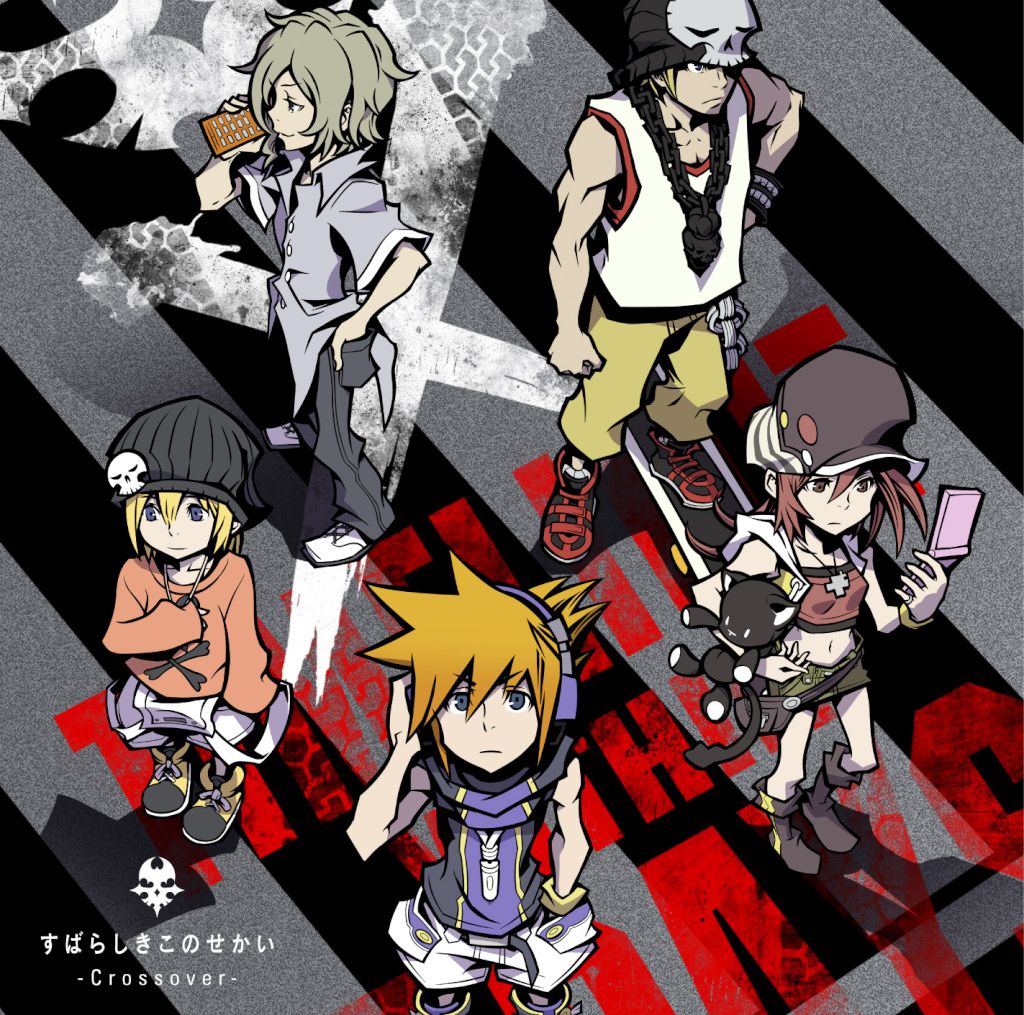 I know, you hear it all the time. But have you ever actually stopped and thought about it?

Neku, fifteen years old, shot while standing in an alley.

Beat and Rhyme, fifteen and thirteen years old respectively, hit by a car.

Each character was so young. Each death was so sudden. It can happen to anyone, which is why you can’t take life for granted. I’m not saying to live in fear of death. In fact, that’s a terrible mistake. I’m saying to live life like there’s no tomorrow.

God blesses us every day by allowing us to wake up every morning. Thank Him continously for it. Show with your actions and words how thankful you are.

And no matter how busy life might get, don’t forget to enjoy it. Do the things you love. Be with the people you love. Cherish every moment. Life is a gift. Don’t wish it away.

That’s it for this post! I am shocked at how long it took me to get it out! Wow! That anime news is old now, but I never get tired of hearing it! Such good news! The World Ends With You is such a good game!

I hope you enjoyed this post and were able to take something from it! Let me know any thoughts you have in the comments below! God bless all of you, and I’ll see you in the next post!

2 thoughts on “Life Lessons in Fiction: The Word Ends With You”

Leave a Reply to Changing Our Hearts! Cancel reply