Hey guys!  It’s been a long time since I’ve done another Inspiring Characters post, and I thought that this character would be a good one to bring up with the release of the Final Fantasy 7 Remake and everything.  I’ve actually been wanting to do this character for awhile now, and I hope you enjoy this one!  This character is Zack Fair, as the title says, and yes, you can expect Major Spoilers to follow, so read at your own risk!… 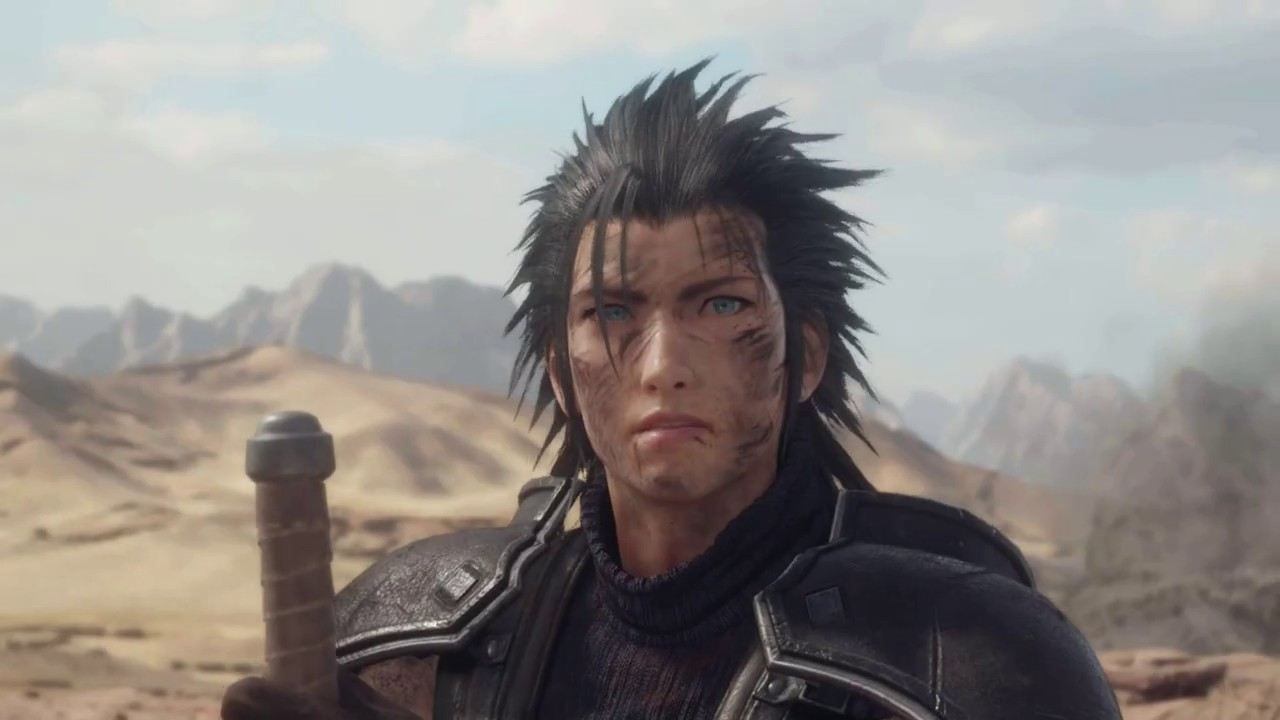 Zack Fair was pretty young when he joined SOLDIER, the military group that works for Shinra in Final Fantasy 7, and his story is the base of the game’s story.  Zack is asked by his best friend. Angeal Hewly, what his dreams are, because if you’re going to be in SOLDIER, you have to have dreams.  Zack knows exactly what his dreams are.  He wants to be a SOLDIER First Class.  He wants to be a hero.  And he works very, very hard to be able to achieve those dreams.

Of course, life isn’t very easy for Zack Fair.  He suffers from a lot of loss while chasing these dreams. After one of SOLDIER’s best fighters, Genesis Rhapsodos, goes missing, Zack is put on the case to find out what happened to him.  It only gets worse when Angeal goes missing as well, and things get really complicated.  It turns out that both Genesis and Angeal are getting into some shady business with a scientist making copies of the two soldiers using Jenova cells, and now Genesis and Angeal both have Jenova cells in them and they are becoming what they think are monsters.

This is bad news for Sephiroth, who happens to be really close with those two.  The three of them used to do everything together, and now Sephiroth might be forced to kill his former friends.  So what does he do?  He makes Zack, who had recently been promoted to First Class, go instead to confront Angeal.  This confontation doesn’t go so well.  In fact, none of their conversations go so well after this, however, one leads to an unexpected meeting.

Like Cloud did in Final Fantasy 7, Zack falls through the roof of the Midgar slums church and meets Aerith the flower girl, and the two hit it off.  Zack insists of taking Aerith out on a date for waking him up and making sure he was okay.  In fact, that pink bow that Aerith is always wearing came from him after she helped him get his stolen wallet back.  Zack and Aerith start seeing each other on a regular basis, and as Aerith tells Cloud in FF7, Zack was Aerith’s first boyfriend.

Zack doesn’t quite understand yet why the Turks are so interested in Aerith, but he has other issues.  He ends up having to go confront Angeal yet again.  On this mission, he meets a young Cloud, and the two become close friends, especially since on this mission Angeal ends up getting killed.  This is a huge blow to Zack.

Years later, things start going downhill again.  Zack and Sephiroth get assigned to a fateful mission to Nibelhiem.  Cloud and a few other soldiers tag along as well.  While there, Sephiroth learns of his true origin and goes mad, resulting in the burning of Nibelheim.  Zack and Cloud fight Sephiroth, and all three come out in pretty bad shape.

Zack wakes up in a tank next to Cloud and finds he was going to be used for experimenting, but he didn’t let that happen.  He escaped with a Mako poisoned Cloud and somehow managed to lug him all the way from Nibelhiem to Midgar.  Well, at least he got close to Midgar.  When they’re almost there, the two are caught by Shinra soldiers and attacked, and Zack takes every single one of them on.

When the battle is over, Zack lays dying on the ground, with only Cloud at his side.  Here, he gives Cloud the Buster Sword, which had been given to him by Angeal when he died, and he tells him that Cloud will now be his living legacy.  Cloud takes this…a little bit too seriously.  With all the Mako poisoning messing up his head, Cloud ends up seeing himself completely as Zack, and here we begin the story of FF7.

Anyway, as Zack dies, he asks if he became a hero, and I don’t know about you, but I’d say all his dreams had been fulfilled.

What Makes Zack So Inspiring

Well, where can I start? Zack Fair, no matter what happened, never let life get him down. He worked so, so hard to achieve his dreams. He went through so much at such a young age, but he came out of it a true hero.  Zack was willing to lay down his life for others. He fought his way to Midgar, and carried Cloud the entire way, and in the end, he gave to ultimate sacrifice to keep him safe.

Zack cared about other people. He encouraged others to live with honor and to chase their dreams and to never give up, not matter how hopeless a situation might seem. He became quick friends with Cloud, and literally shaped who we know him as in FF7.  Zack made such an impact on so many lives, whether those lives were in the game or in real life, because he for sure impacted mine.

I can’t wait to see what the Remake has in store for Zack, because I have a feeling our hero with be moving back into the spotlight!

Zack has a lot of great moments, but for now, I’ll pick his final battle. He fought hard to protect Cloud, and even in death, he had a smile on his face. It is the moment that he truly became a hero.

“So what if it looks hopeless? If it were me, I still wouldn’t give up! Embrace your dreams. And, whatever happens, protect your honor as SOLIDER!”

Some Fast Facts About Zack

– Zack Fair is from Gongaga. If the original FF7, when the squad gets to Gongaga you can speak to Zack’s parents. They claim to have not heard from their son in years, and clearly don’t know that he’s dead. They ask about his girlfriend, since the last time he had written to them he mentioned one. You can read the letter here…

How are you guys? Sorry for leaving town so suddenly. I just really wanted to become a SOLDIER. I bet you’re worried now that I told you…But now I’m fulfilling my lifelong dream, and I’ll do my best in SOLDIER.

– Zack Fair was created by Tetsuya Nomura and Kazushige Nojima.

– In Crisis Core, we find that Zack got the Buster Sword from Angeal, and when Zack died, he handed off the iconic weapon to Cloud.

– Zack Fair appears in Kingdom Hearts: Birth by Sleep when you visit Olympus.

– As of the Final Fantasy 7 Remake, Zack Fair is most certainly alive, but it appears in an alternate reality of some sort.

Zack Fair is a fan favorite and I hope he inspires you to never give up, no matter how hard things get! What do you think of Zack Fair, and what is your favorite Zack Fair moment? Let me know in the comments below!