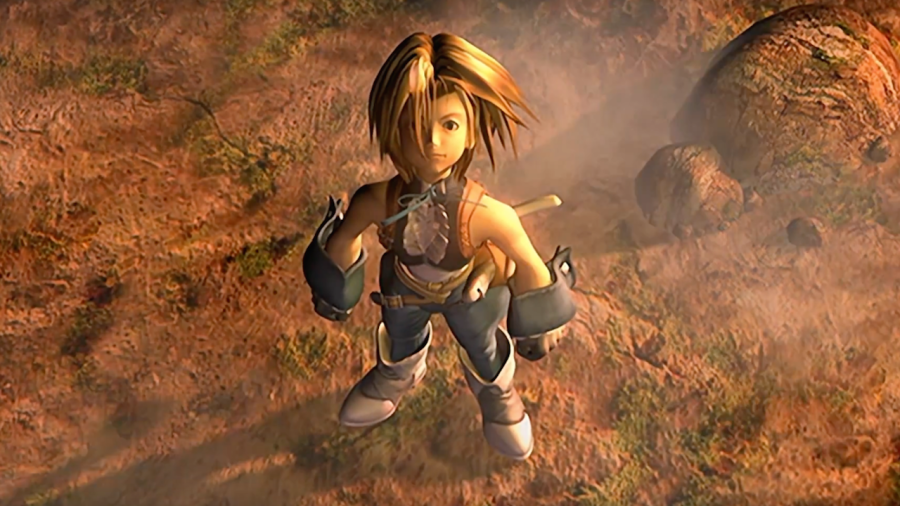 Hey guys!  I’m excited to share the first quote of 2020, and this one is a good one as always!  In fact, it’s probably one of the most famous Final Fantasy quotes!  Take a look at it, but I will say that it’s a spoiler…but hey, this game is like, twenty years old, so read at your own risk…

The crew of the Tantalus performs I Want to be Your Canary at the end of Final Fantasy 9 for the queen of Alexandria, Garnet (Dagger).  Marcus, who is waiting for his lover to join him at the docks, speaks the final lines of the act…

“Could she have betrayed me?  Nay, ne’er would my love speak false.  I must have faith! She shall appear if I only believe!  As the sun lends me no ear, I pray instead to the twin moons!  I beseech thee, wondrous moonlight, grant me my only wish!”

Marcus throws off his cloak, revealing himself to be none other than Zidane, who had been presumed dead.

“Bring my beloved Dagger to me!”

After the scene before this one, I was certain that Zidane Tribal was dead.  I had NO IDEA whatsoever that this would happen!  As someone who cries at pretty much anything, I sat there bawling like a baby!  This has become my favorite video game scene I have ever seen, and I think it’ll be hard for anything to change that.  There’s so much nostalgia in it, and it’s on of the only times Square Enix has ever shown mercy on their characters.  I was SO surprised that they actually allowed Zidane and Garnet to get together at the end!

What do you think about this quote?  Have any games/movies/etc. that you’d like to see a quote from?  Let me know in the comments below!  Now have a good week and God bless you!