Hello everyone!  So, you might see that this post has a name I’ve never used before; Inspiring Characters.  These kind of posts will take characters from books, movies, games, etc. and break down just what makes them so inspiring.  I’ll be honest, I’m pretty excited about this!  As the title says, my first inspiring character will be Takashi Shirogane from the Netflix orignal series Voltron: Legendary Defender.  If you have not seen this show yet, spoilers will follow!  So read at your own risk!…

Takashi Shirogane, who is known as simply Shiro, is one of the most inspiring characters I have ever come across.  Hailing from Japan, he’s one of the top pilots at the Galaxy Garrison.  He’s idolized by a great number of people, including Keith, another protagonist of Voltron: Legendary Defender.  Shiro actually takes Keith, who is an orphan, under his wing and gets him into the Galaxy Garrison when he sees that Keith has the talent to become a pilot.  Then comes the Kerberos Mission.  Shiro is determined to go on the mission, but everyone tells him no.  You see, Shiro actually has a disease affecting his muscles, and he isn’t going to get better.  “I will only be able to mantain my peak condition for a couple more years,” he tells Keith.  This is why everyone is telling him to forget about the mission.  However, Shiro ignores their pleads and goes anyway, accompanied by Sam Holt and his son Matthew.  Everything goes down hill from here, because it turns out alien really do exist.  The Galra appear, much to the team’s surprise, and captures them.  The Kerberos Mission turns into a living nightmare for these three men.  While Sam is taken to work camp, Shiro and Matthew are forced to fight as gladiators.  Because Matthew was not built for fighting, Shiro actually feigns insanity and injures Matthew so he would be taken with his father.  It works, but Shiro is still forced to fight.  After spending a year as a prisoner of war, Shiro manages to escape with help from a Galra turncoat named Ulaz.  But he didn’t get away all free.  Not only does he have a good sized scar on his face now, but he was also experimented and had his right arm replaced with a bionic one.  His time as a prisoner also resulted in Post-Tramatic Stress Syndrome.  Now one knows exactly why but Shiro’s hair turned white while he was a prisoner.  It’s implied in the Paladin’s Handbook that it turned white due to stress, which is completely possible.  Anyway, moving forward, he’s found by Keith and the other future paladins.  From there they become the Paladins of Voltron.  Shiro becomes the Paladin for the Black Lion, who forms the head.  Unexpectedly, Shiro disappears in the season two finale after a HUGE fight with the Galra emperor, Zarkon.  But hey, he comes back in season three, right?  Wrong.  It only appears that way, but the man to return was not our Shiro.  This was a clone.  This all leads to one of the most intense battles in the whole series.  A battle between brothers; Keith and Shiro.  The fight ends with Keith being transported to another realm, where he learns that not only did Shiro disappear in the season two finale.  “I died, Keith,” Shiro reveals.  Luckily, his spirit has been kept within the Black Lion.  Later on, his spirit is able to be moved into his clone body.  I’m actually going to stop here, because I’ve actually only watched up to season seven episode…four, I think?  Yeah, I’m trying not to binge-watch these bad boys! 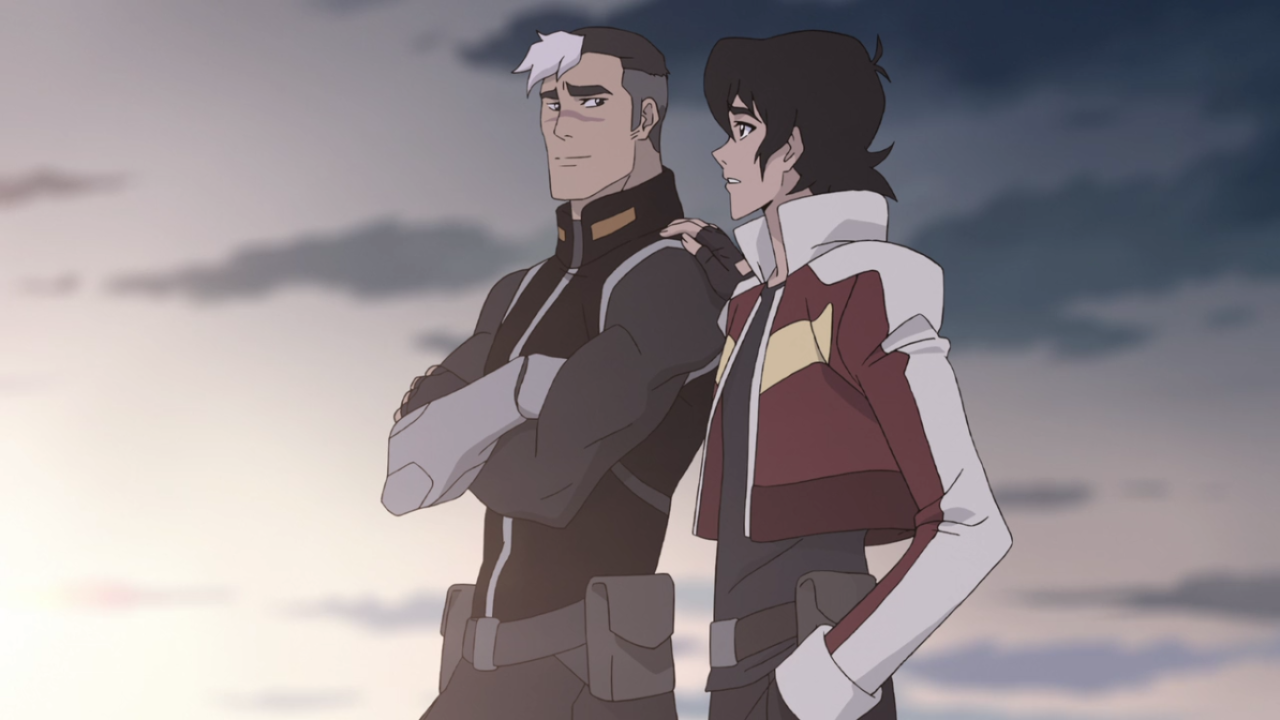 What Makes Shiro So Inspiring?

Despite his disease and the fact that it’s only getting worse, Shiro never gives up.  Even though he’s affected by PTSD, he keeps moving forward.  Whenever one of the others is frustrated about something, he always tells them the same thing; “patience yields focus”.  When Pidge is freaking out about becoming a Paladin, he tells her a line that has stuck with me since I first heard it.  “If you get too worried about what could go wrong, you’ll miss a chance to do something great,” he says.  (This was actually something Pidge’s own father, Sam Holt, said to Shiro.)  Shiro is always there for the others, no matter what.  He’s selfless, courageous, and he is an amazing leader.  And he knew that his time was coming soon.  He kept telling Keith that he was going to need to amp up his leadership skills in the event that something happened to him, but Keith was pretty certain that nothing was going to happen.  When Shiro died, the whole team was left broken, especially Keith.  In fact, was it just me or did everything seem so…dull without Shiro.  Maybe I’m biased, since he’s my favorite character in the series, but hey, it was a whole lot different without him.  Also, I just HAVE to point out the adorable relationship between Shiro and Pidge!  There is a reason Shiro is known by Voltron fans as “Space Dad”, and that’s because of how fatherly he is.  But my favorite interactions are the ones between Shiro and Pidge.  He treats her as if she were his own daughter, and I LOVE it!  But guess what, Shiro wasn’t always the man he is now.  Back before the Kerberos Mission, Shiro was actually a little self-absorbed, believe it or not.  He put his own feeling above everyone else’s when it came to the mission.  I don’t really blame him, because if I had a disease that was causing my body to fail, I’d probably want to go through with the mission too.  But still, Shiro is not the way he used to be.  But now, come to mention it…Shiro might be a little too selfless…All I can say is, at least he didn’t leave the show forever, and as long as it stays that way, I’m good!

For real though, what ISN’T his greatest moment…but I have to say, him fighting Haggar at the end of season one was pretty fantastic.  The battles in this series are SO WELL DONE AND INTENSE.  And I know it was his clone that fought Keith, but that battle was also another one of my favorites, even though it made me sob the whole way through…

Oh boy, there are so many!  But like I said, this one will have to be my favorite…

“If you get too worried about what could go wrong, you’ll miss a chance to do something great.”

Some Fast Facts About Shiro

– As of the first episode of Voltron: Legendary Defender, Shiro is twenty-five years old.  His birthday is on February 29,…a leap day…how fun.

– Alongside his PTSD, Shiro also suffers from memory loss and does not remember much of his time as a prisoner, aside from brief flashbacks.

– A joke among fans is that “Shiro is six”.  This is because he sometimes appears to act like a child, which can be pretty adorable like, all the time.

– Despite the fact that Shiro is the most patient and calm out of the Paladins, he is the most vulnerable of them.  In the season one episode two we see him freeze up in a training session when he feels in danger, and in season one episode nine we see him lash out violently when he thinks he hears Sendak’s voice, a Galra that they had taken prisoner.  There are other instances like this, and I have actually never seen a show like this portray PTSD so well.

Shiro is a character that inspires me so much, but how does he affect you?  Also, what is your favorite Shiro moment and quote?  Let me know all about it in the comments below!

Season Eight, which will be the final season of Voltron: Legendary Defender, will be released on Netflix on December 14, 2018.  I’ll be posting a full series review here on I’d Rather Be Geeking! after finish watching them all!

All media property of Dreamworks