If you are a Star Wars Rebels fan, today is a good day for you!  It has been announced that Star Wars Rebels will return sooner than expected; February 19, and will end on March 5.  You can view the descriptions of episodes 10-13 below…

The Ghost crew infiltrates the Imperial headquarters on Lothal to save one of their own.

Reeling from a devastating loss, the Ghost crew rallies together to find a new purpose and resolve.

Ezra and the Ghost crew learn the Empire has plans for the Jedi Temple on Lothal.

While the other rebels engage the Imperial forces outside the Jedi Temple, Ezra gains access inside and experiences a revelation.

The last three episodes, the grand finale, will air on March 5.  Not only did we get new release dates, but we also got a poster and a trailer!  You can see both below… 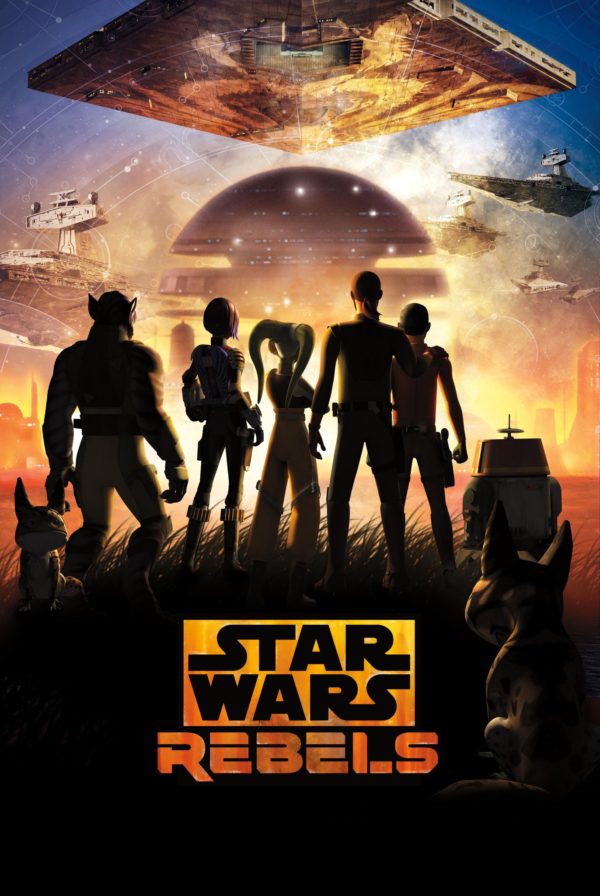 This trailer is a look into the future as well as into the past.  There are so many things I want to talk about, but I will save it for my trailer breakdown which I will post very soon!  The poster is a work of art, even Grand Admiral Thrawn would approve!  I do find it strange that there are no wolves in the poster…

What do you think about all this?  Are you rooting for the rebels or the Empire?  Let me know in the comments!