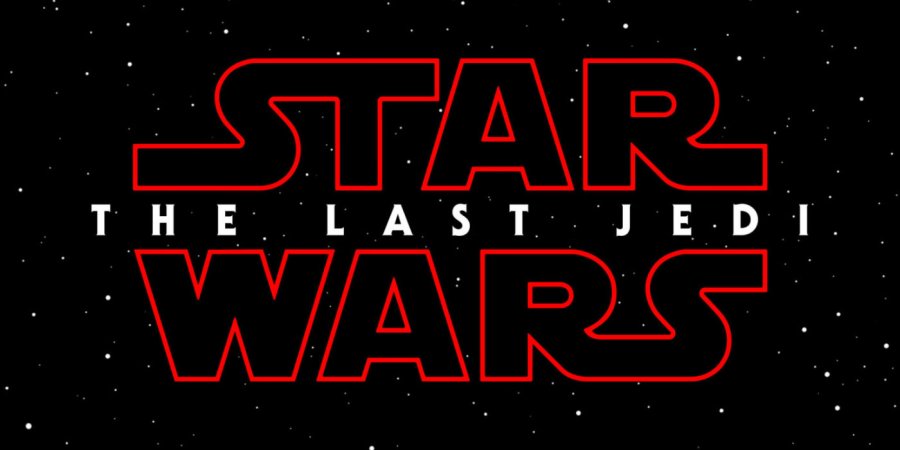 Star Wars: The Last Jedi was finally released December 14, and since then, it has gotten a ton of mixed opinions.  I know that a lot of people thought the movie was horrible and all, but I really think it wasn’t all that bad.  In fact, it was even better the second time I saw it!  Of course, this review is going to be full of spoilers, so if you have not watched the newest Star Wars movie do not read this yet!  The right words to describe The Last Jedi is probably bizarre and mysterious.  But that’s what I loved about it; how mysterious it was.  It was so different from any other Star Wars movie.  It was nothing like I expected.  Right now I want to talk about Rey and Kylo Ren for awhile.  Again, major spoiler alerts if you have not seen the movie!

The Last Jedi introduced Force powers that we have never seen before, one of the being what Rey and Kylo did.  They were able to see each other and speak to each other even though they were in totally different areas of the galaxy.  We later learn that they were able to do this since Supreme Leader Snoke bridged their minds.  He did this so that Rey might be turned to the Dark Side by Kylo.  At one moment they are even able to touch each other’s hands, which causes them to have a vision of each other’s futures.  This power was so interesting to me.  But the thing that’s confusing is that even after Snoke died, they continued to be able to do this.  I will talk about Snoke more later, but there is some things about Rey I want to talk about first.  Kylo Ren says that he saw Rey’s parents in his vision.  He tells her that they were junk dealers who sold her for drinking money, and that they are now dead.  While I doubt that he was telling the truth, I’m beginning to think that Rey’s parents are really just no one.  Another scene, one of my favorites, appears to be a very symbolical moment.  Earlier in the movie, when Rey has her first Jedi lesson with Luke, she senses a very dark place on the island; a place that wants to show her something.  Later, she goes to seek those answers.  After falling into a hole, which led to a small cave, she finds a crystal wall.  When she touches the wall, one of the strangest parts in the movie occurs.  Her reflection turns into many clones of her, all doing the same thing.  After awhile of watching them all, Rey ask the wall to show who her parents are.  a shadow begins to move forward in the crystal, but when the ice on the wall fades, all that Rey finds is her own reflection.  I’m sure this has to symbolize something!  Maybe Rey was a creation of the Force, explaining why she is so powerful? There is so many questions!

Now what about Snoke?  It is very odd that they would stir up so much mystery about him in The Force Awakens only to have him killed off by his own apprentice in The Last Jedi.  Surely his backstory will be revealed in something else, and it might even turn out that he was someone important (like Ezra from Star Wars Rebels?).  But my biggest question is: If Snoke was the one to bridge Rey and Kylo’s minds, why are they still able to use that power even after he died?  I have a feeling that Snoke isn’t done yet.  I doubt he would came back from the dead, but maybe appear as something to torment Kylo Ren?  And did you notice Snoke’s black kyber crystal ring?  What lightsaber do we know has a black kyber crystal?  The Dark Saber of course!  Snoke would have to have some connection the Mandalore to have gotten hold of that.  We probably won’t get any answers any time soon, but maybe someday.

I was super excited to see Luke and Leia again, since I am big fans of those characters!  The moment when Luke is reunited with R2-D2 is really special to me.  I even teared up a bit when R2-D2 turned on Leia’s message from A New Hope to try and get Luke to help the Resistance.  I did think it was weird that Leia was all of a sudden really strong with the force, you know, when she saved herself from dying in space?  Weird.  But they made up for that with Luke’s big moment on Crait.  It was so cool to see the Kylo Ren order every weapon they had to fire at Luke, only for the Jedi master to walk away with no injuries at all.  Sure, we didn’t get to see Luke go out and rip Star Destroyers out of the sky, but I love this part anyway!  We do find out later that Luke was not really there.  He was still on the island of Ahch-to, using yet another new Force power; Force-projection.  But it proved fatal for Luke.  Unfortunately, Luke used up the last of his strength to do this power, and died.  I am almost certain that we will see Luke again as a Force ghost.  But know that he’s gone, the only person who can teach Rey how to use the force is Kylo Ren, and that would not go well ( not that I would mind that, though).  And how could I forget about Yoda??? I freaked when I saw his ghost!  Sure, part of me kind of feels like the whole part where they burned that tree didn’t need to be in the movie, but still.  I love Yoda, and who knew that Force ghosts had powers?

There was so many cool moments in this movie, but one in particular is when Vice Admiral Amilyn Holdo put the Resistance cruiser into hyperspace and smashing right through Snoke’s ship to save the rebels.  I didn’t much care for Holdo, but that doesn’t mean I don’t care that she sacrificed herself for the Resistance.  It definitely goes on my list of favorite parts in the movie.  But Amilyn wasn’t the only new character to sacrifice herself.  The Last Jedi introduced us to Rose Tico, a Resistance mechanic.  After going with Finn to Canto Bight, the new Star Wars world, to find a master code breaker, the two rebels developed feelings for each other.  In the end, when Finn decides that he wants to sacrifice himself to save the Resistance, Rose saves him, resulting in her being seriously injured.  I really wonder what the two of them are going to be like in Star Wars 9.  You know, since it’s pretty obvious that Finn likes Rey too.  But, if you didn’t notice the part when Poe first meets Rey, something was going on there too…not to mention Kylo Ren…alright, I’ll stop now!

At the very end of the movie, we see a stable girl telling the story of Luke Skywalker to two other stable children.  After getting told to get back to work, the stable boy goes out to sweep away some straw.  Want to know what’s so special about this part?  The boy uses the force to grab the broom.  This goes to show that the Jedi are not done yet.  Maybe in the end, Rey might start her own Jedi Academy?  if she does, it hopefully won’t turn out like Luke’s academy!

So yeah, I thought this movie was really, really cool!  But we’re down to only a few original characters left (Chewbacca, R2-D2, etc.).  And now that Carrie Fisher sadly passed away last year, Princess Leia will no longer be in Star Wars.  When all the original characters are gone, that is when Star Wars will never be the same for me.  Yeah, The Last Jedi was already very different from any other Star Wars movie, but I think they need different sometimes.  What did you think about Star Wars: The Last Jedi?  What are your favorite moments?  Let me know in the comments!